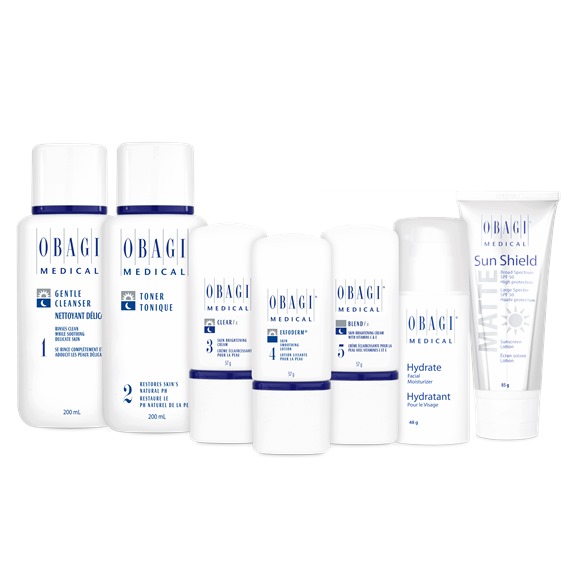 Obagi Nu Derm FX Transformation System reduces sun damage and pigmentation improving uneven skin to give the skin a healthier, pore-less glow. This regime includes the Arbutin version of Clear Fx and Blend Fx™. A natural agent, Arbutin brightens the skin and avoids the use of prescription bleaching agents, which are used in the prescription strength counterpart – Obagi Nu Derm.

Obagi Nu Derm Fx Transformation System will brighten the skin and help to correct pigmentation on the face, including removing mild sun damage. It is also the regime of choice to sustain results after completing the prescription strength Obagi Nu Derm.

Combine the system with Obagi Retinol 1% (non-prescription) to enhance the effect of the regime.

*Results may vary from person to person
Close

Our skin therapist will respond via email within 2 working days with a suitable recommendation for you. Please note that doctor treatments e.g. injectables, plasma IQ, aqualyx, thread lift, mole removal consultations are not available via remote consultation and require a face to face appointment. Call +44 (0) 20 7877 5999 to book a consultation with one of expert doctors today.
Upload a photograph of your skin in natural light without any makeup on